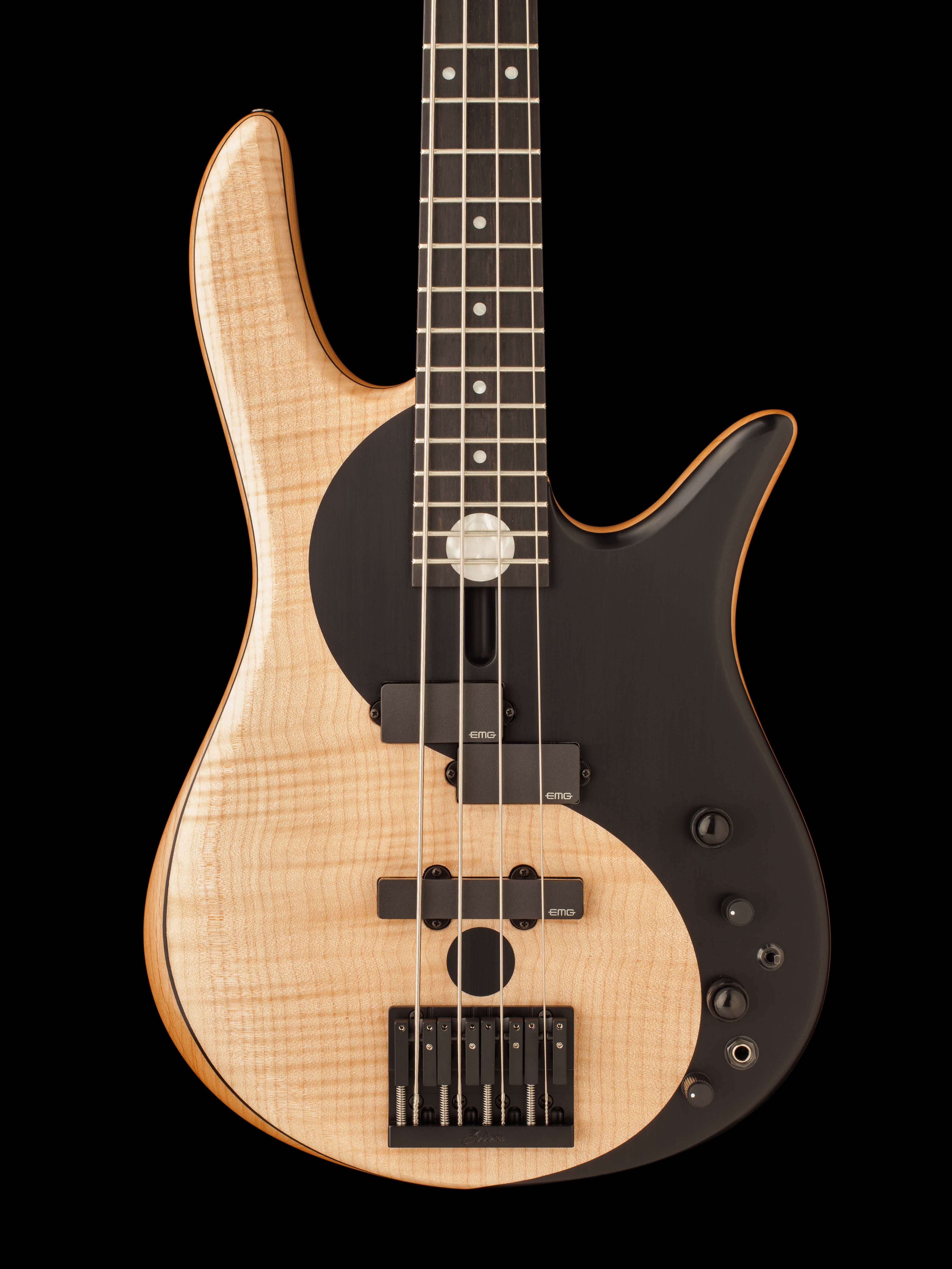 Based on our coveted Victor Wooten Yin Yang Deluxe, the Yin Yang Standard has been developed in close consultation with our dear friend and bass player extraordinaire, Victor Wooten.  Victor has long wanted us to develop a Yin Yang that could be more widely available and within reach of a broader range of players.  The Yin Yang Standard was designed with a meticulously chosen set of build specifications and is crafted from exactly the same materials as all of our custom made Brooklyn instruments to ensure that legendary Fodera playability and tone — at a price that is considerably less than the Victor Wooten Yin Yang Deluxe.  Released on January 13, 2011 at the Winter NAMM Show, the Yin Yang Standard began shipping to customers in June, 2011.