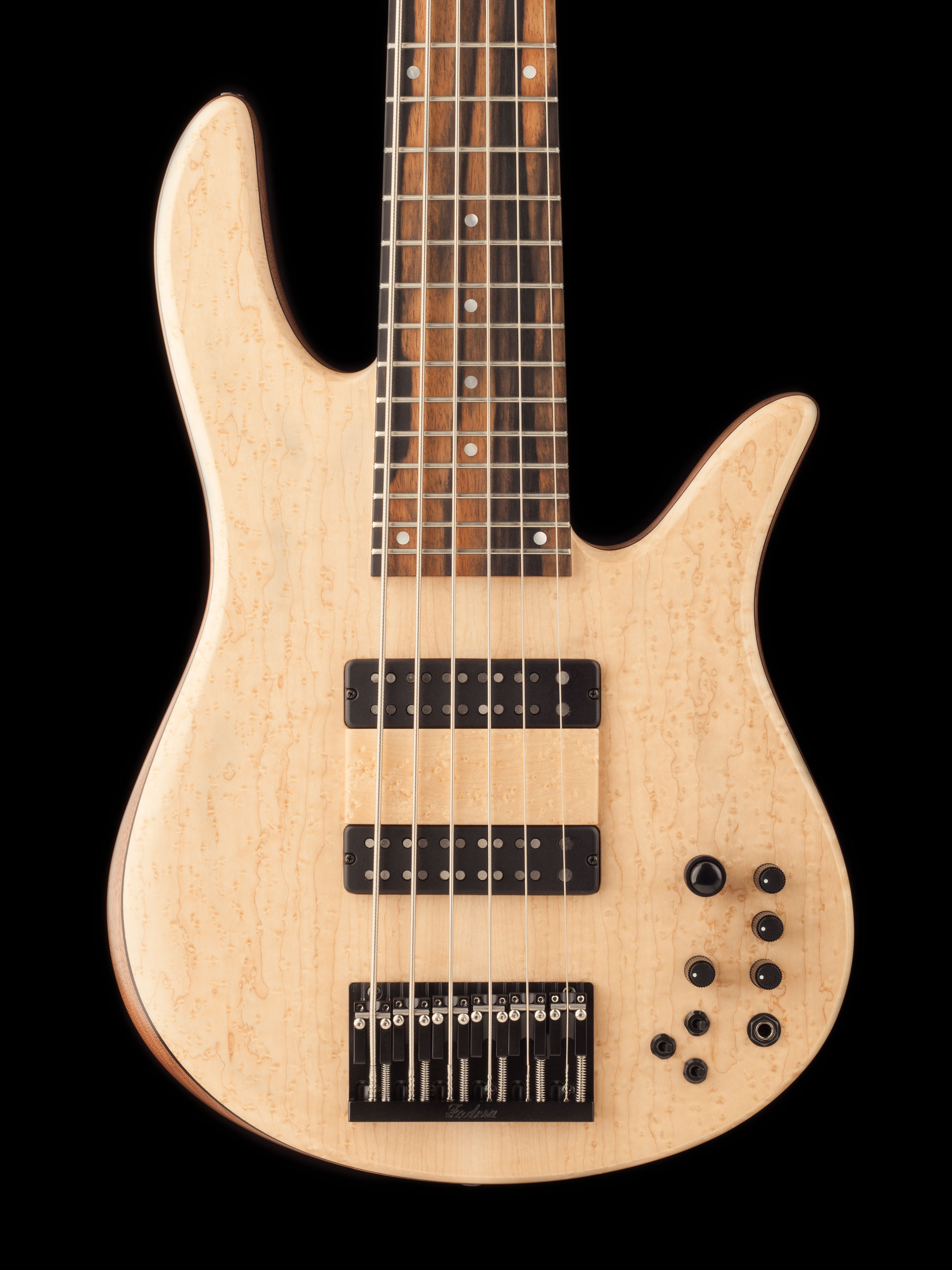 Born in Newcastle England in 1975, Tony Grey has one of the most singular and dynamic voices on the bass guitar today.  Having played bass with an incredibly varied and talented group of people including the pop group Bliss, John Mclaughlin, Herbie Hancock, Wayne Shorter, Mike Stern, Wayne Krantz and Hiromi (to name just a few), Tony is also a talented composer and multi-instrumentalist that has recorded three solo albums since 2004.

We have had the great pleasure of working with Tony since 2003 and although he is predominantly known for his work on our six string instruments, as part of his incredible series of instructional books and videos entitled the Tony Grey Bass Academy he decided that the iteration of his  signature Fodera would be a four-string.  He loved this Spec so much that he commissioned us to build a six-string version of it to become his “official” Tony Grey Signature Model.

Tony has always preferred his Foderas to be as compact as possible and this Monarch 6 is no exception.  With its 33″ scale and 17.5mm bridge spacing, the Tony Grey Signature Monarch is our most compact regularly built six-string instrument.  The body, made of Walnut, is capped with a solid Birdseye Maple top, three-piece Hard Rock Maple neck, a Flame Maple Tone Block and a Macassar Ebony fingerboard to generate the warm yet clean, bright tone that helps Tony to define his signature sound.  A pair of Fodera / Seymour Duncan Dual Coil Pickups and a ramp complete the model that proudly bears his name.