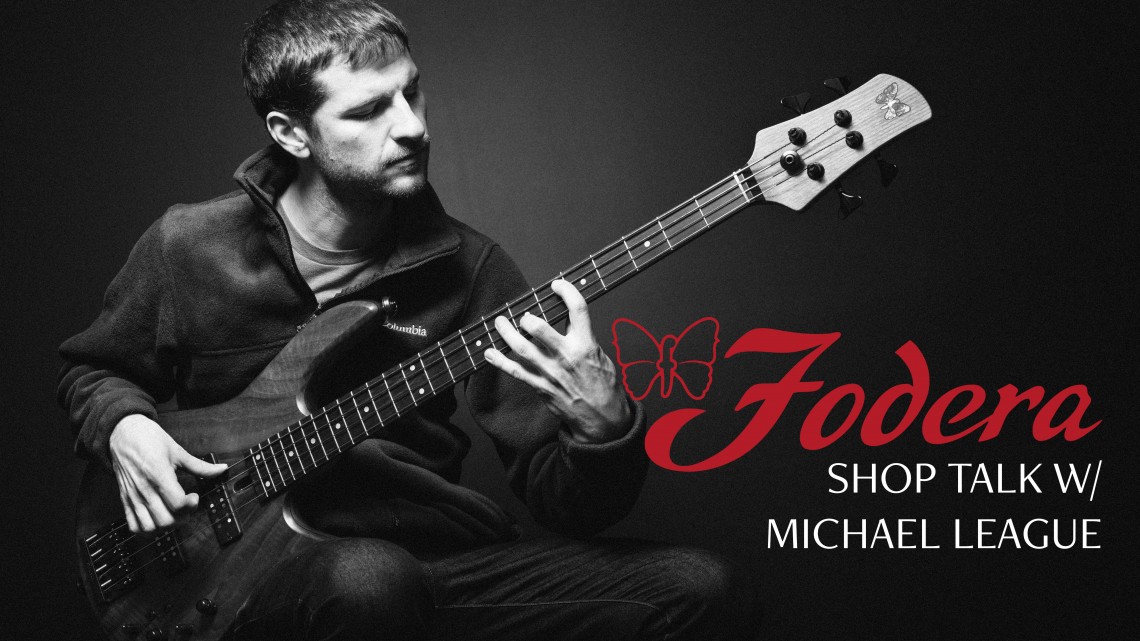 Head over to our Soundcloud to check out our latest episode of our podcast “Shop Talk” with Fodera Artist Michael League!

Shop Talk is a podcast from Fodera Guitars where we sit down with some of our artists and discuss music, life, and gear. Michael League is a Multi-Grammy Award-winning bassist, guitarist, producer, composer, arranger, songwriter, label owner, studio owner, and Snarky Puppy’s bandleader based out of Brooklyn, New York. The band recently released their latest album, Chulcha Vulcha : “Fresh off of the heels of its tenth album, Family Dinner – Volume Two, the band is returning to its roots as an instrumental ensemble with a brand new collection of nine original songs. A departure from its signature live-from-the-studio film and audio style, the band spent a week in the middle of a pecan orchard at the remote Sonic Ranch Studios in Tornillo, Texas, just a five minute walk from the Mexican border. With no cameras, no audience, and the opportunity to overdub, they have crafted an album much darker and moodier than any before it. The typical flash and bombastic moments that Snarky Puppy is known for have been replaced by a more patient, restrained, and sonically creative approach to both composition and performance. The melodies are intricate, the counterpoint is fluid, and groove reigns supreme in mixes that are bass and percussion-heavy”.

In this episode of Shop Talk, Michael chats with us about the new project, how he incorporated his tenor Monarch into the project, and lets us into the collaborative process behind the music of Snarky Puppy.