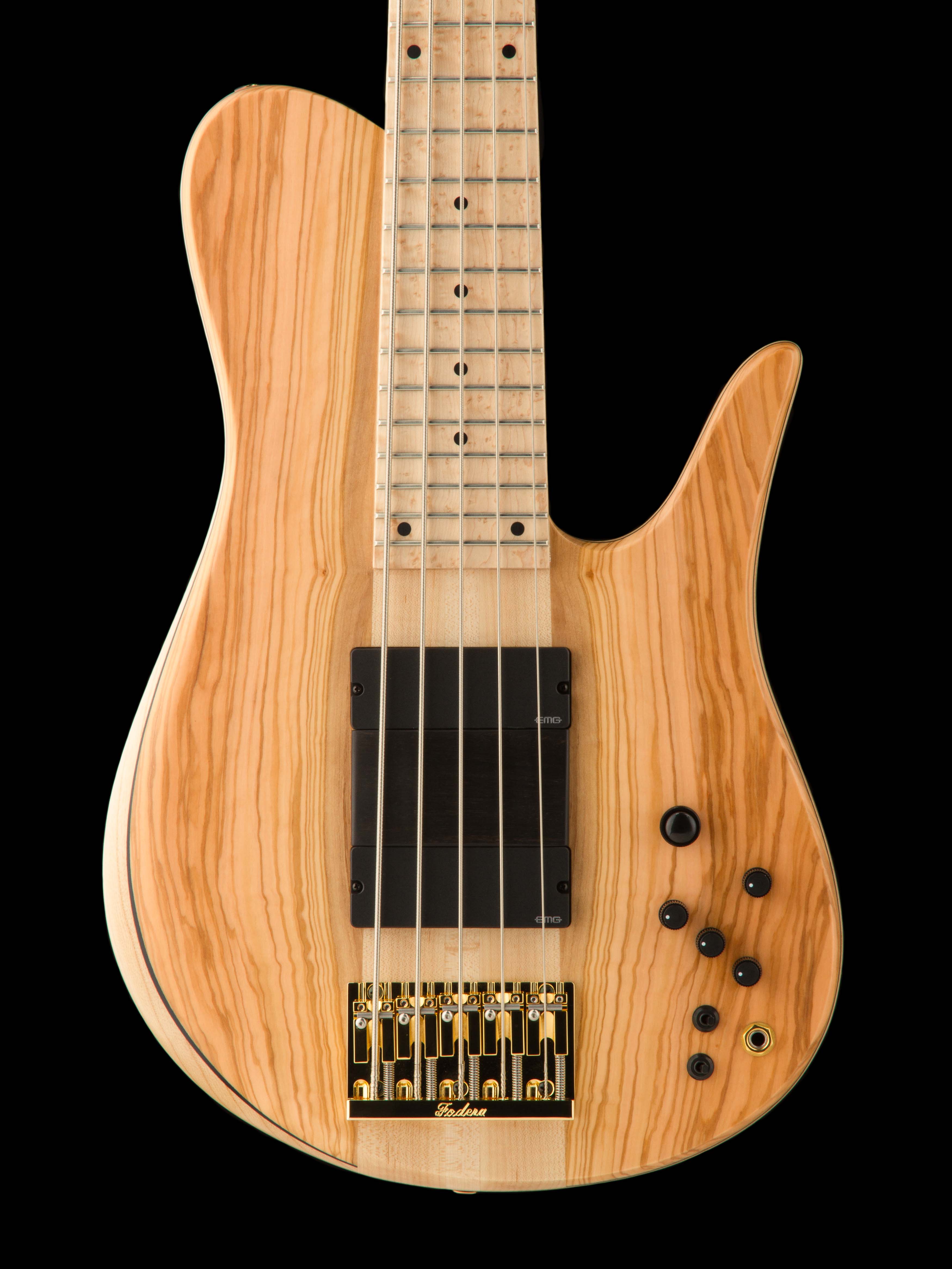 We have had the great pleasure of working with Richard Bona for over ten years.  He is one of the most wonderfully musical people we know and is constantly writing, touring, singing, recording and performing — whether on his own, as a much in demand sideman, or as a first call session player.

Interestingly, Richard’s original Fodera was actually purchased used in 1998 at the Sam Ash on 48th Street in New York City.  He was recording a session locally and wanted a five-string so that he would no longer need to de-tune his Jazz Bass.  Asking for “the best 5-string bass that you have in the store,” Richard was handed the instrument that has since become synonymous with his musical voice.  Richard calls this Imperial “Bassey.”  In the late fall of 2010, we completed an exact replica of Bassey for Richard so that he could always keep one of his beloved Foderas in his studio and tour with the other.

The Richard Bona Imperial is constructed of an all Ash body (a mixture of Northern and Swamp Ash) with a non-solid Olive top, 3-piece Maple neck and Birdseye Maple fingerboard. Both Bassey and Richard’s newest Imperial utilize EMG 40J  pickups. The Richard Bona Signature Imperial comes standard with our Fodera / Pope internal preamp and a MIDI system is available to install at an up-charge.