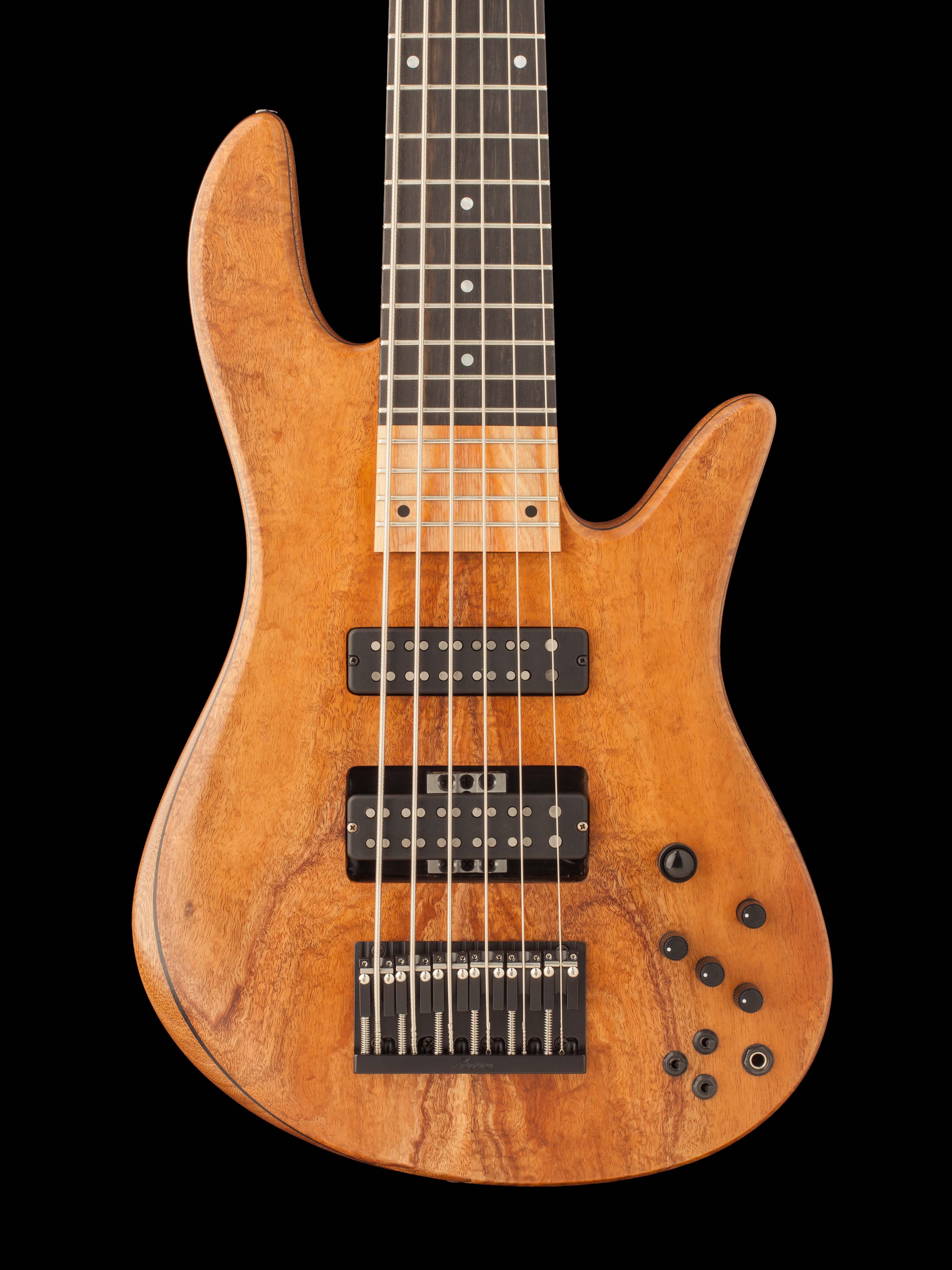 Designed in close consultation with our good friend and renowned bass player, Mike Pope, the Fodera Viceroy is intended to be the most tonally versatile Fodera electric bass guitar ever built.  It’s shape draws inspiration from our ever-popular Monarch and Emperor lines and was requested by Mike because he wanted an offset body…but one that was less offset than the Emperor. A Honduran Mahogany body was used in combination with a Pommele Sapele (or comparably dense) top because of their relative tonal neutrality — thereby allowing adjustments to both the removable fingerboard extension and movable bridge pickup to make the maximum possible impact on the overall tonal character of the Viceroy.

The removable fingerboard extension allows the Viceroy to easily transition back and forth between being a 20-fret bass (great for slapping) and a 24-fret bass (great for upper register solo work), while not compromising the playability or tone of either.  The adjustable bridge pickup tray can easily be moved on the fly in 1/8″ increments to change the tonal character of the Viceroy from a warm, mellow vintage vibe, to a downright aggressive, articulate modern tone (and everything in between), all without ever touching the tone controls!  Unlike some earlier industry attempts at achieving this kind of flexibility, our adjustable pickup tray was designed from the ground up through collaboration between Mike Pope (obviously a topnotch Pro Player) and Scott Ecelberger (a world class engineer and machinist).

Finally, a bass guitar designed for the pro player that needs the ultimate in flexibility without sacrificing anything!  Have we mentioned that without Mike Pope’s inspired, creative thinking and energy, there never could have been a Fodera Viceroy?  Thank you Mike.

Specs for the Mike Pope Viceroy: