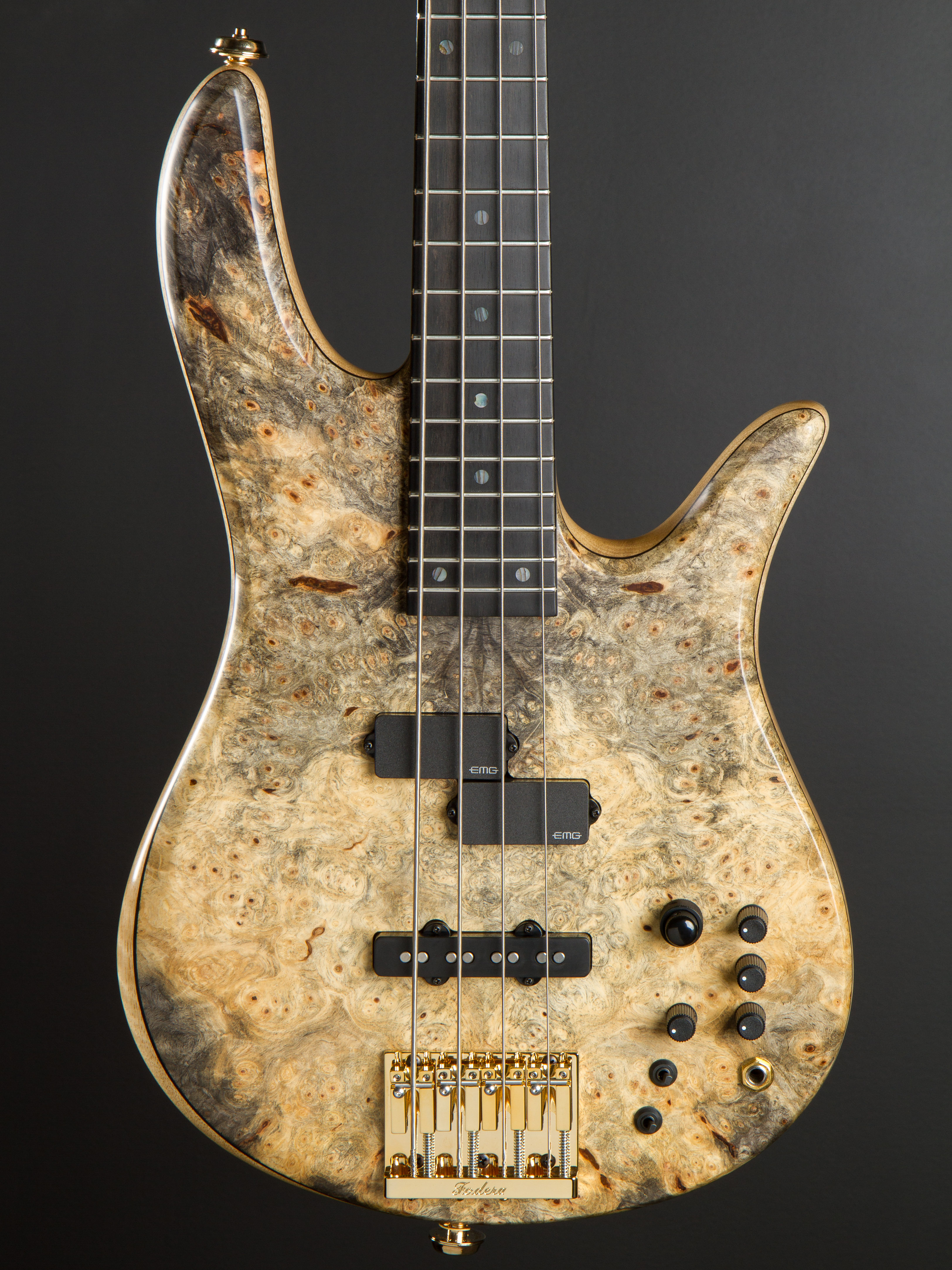 This stunning Monarch 4 Deluxe represents the new signature model for Michel Labaki (a.k.a. “Labex”) — one of the Middle East’s A-List Bass Players.What makes Michel’s instrument special from a tonal standpoint is the use of Korina as a body wood paired with an Ebony fingerboard.  The Korina that was used for Michel’s instrument was harvested in the late 1950’s and has been in our shop since the late 1980’s — making it extremely dry, stable, and resonant.  In the electronics department we have employed an active EMG P-PUP in the neck position and a passive Lindy Fralin lateral humbucking J-PUP in the Bridge position.  This combination requires a buffer board to be added to our Fodera / Pope Custom Shop Preamp so that the output levels of the two pickups can be appropriately matched.

The tone is well-rounded, articulate and powerful.  Plenty of growl on the bridge PUP and lots of rich, deep low-end from the neck PUP.  We presented Michel with his signature instrument at the 2013 NAMM Show (January, Anaheim California) and it is presently available for purchase as a Signature Fodera Instrument.  Oh, and the painstaking, custom inlays (designed by Labex and not included in the purchase price of the Labex Signature Monarch) are pretty cool too!!

Playability wise, we have carved Michel’s neck to be “thin and fast” to allow for some of the blazingly fast solo runs he is known for as well as using an extra deep lower cutaway for complete, unhindered access to all twenty-four (24) frets.

Specs for the Michel Labaki Signature include: