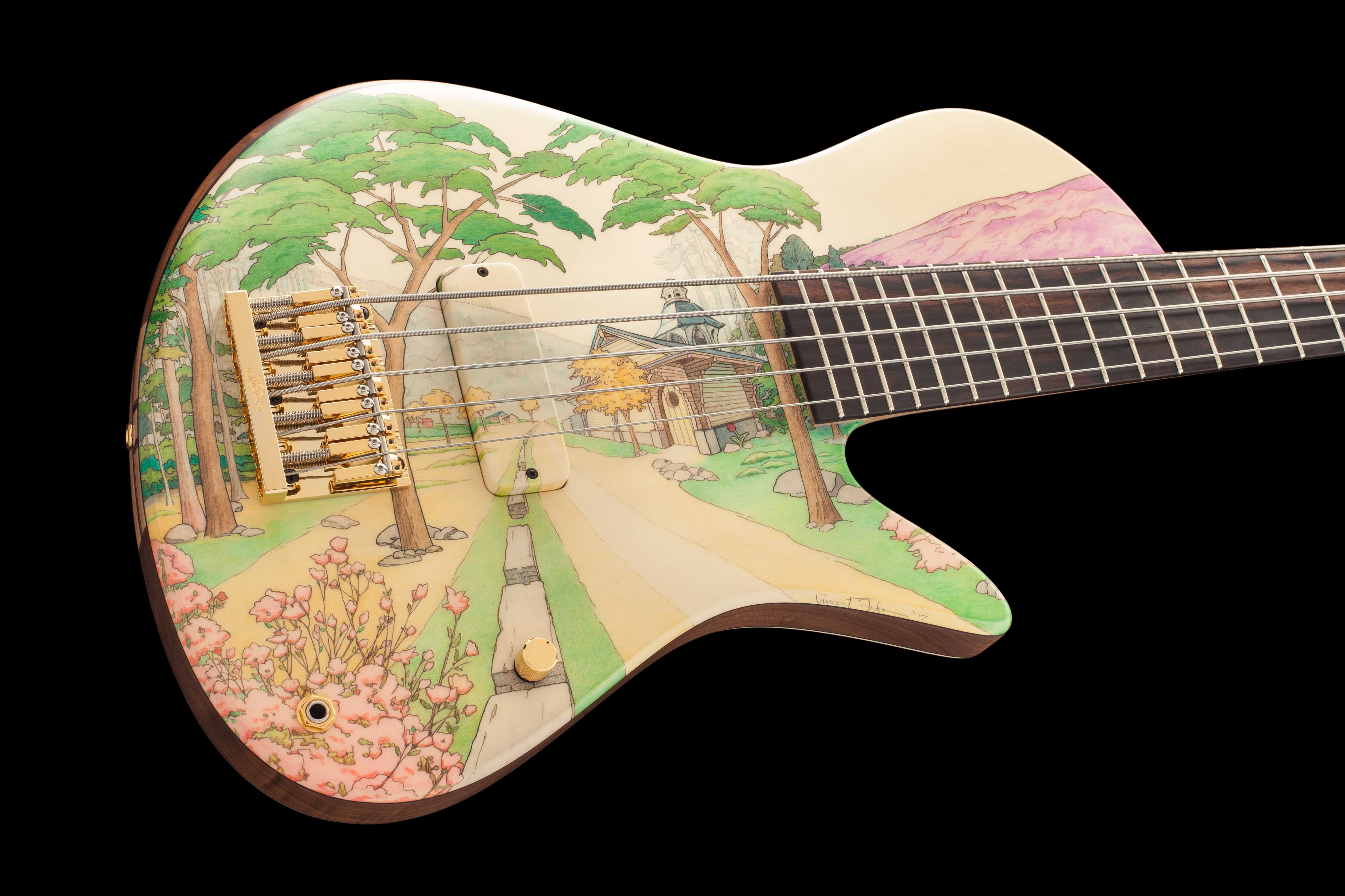 Masterbuilt – Woodblock features a collaborative design from Vinny Fodera and fellow luthiers Vadim Medved and Patrick Blaney.  In early 2017, Patrick had brought in some books and images of Japanese Woodblock prints, particularly those of famed artist Toshi Yoshida, and discovered that he and Vinny shared a mutual love for his historic artwork.  While Yoshida painted a variety of subjects throughout his career, it was his vibrant landscape prints that inspired our team to create an instrument paying homage to this artistic work.  The image that Vinny chose to draw on this instrument was adapted from a photograph taken by Vadim of a Ukrainian Church in his hometown of Kiev.  Vadim visits Ukraine often and the area surrounding the church adapted in the drawing is where he was born and raised.

To create this image, a solid Holly top was chosen for its tight grain that would allow Vinny to draw with great detail various shades and textures using Prisma colored pencils. Considered by fine artists to be the best colored pencils available, these Prisma pencils allowed Vinny to replicate various color tones found in both Vadim’s original image as well as those found in Toshi Yoshida’s prints. Complementing the top is a beautifully figured Macassar Ebony fingerboard void of inlays so as not to distract visually from the image. In addition a single Fodera / Duncan Dual Coil pickup was chosen with a Holly wooden cover allowing Vinny extra real-estate to draw the church found in Vadim’s photo and to prevent any visual interruptions in the overall image. To further this effect all preamp / eq controls, with the exception of the Volume / Active-Passive push-pull pot, are tucked away inside of the control cavity with three discreet holes drilled on its cover allowing the eq to be set with a small screwdriver. Rounding out this instrument are Walnut body wings with an Ash toneblock matched to a 9-piece Maple / Purpleheart neck and a matching Holly back. 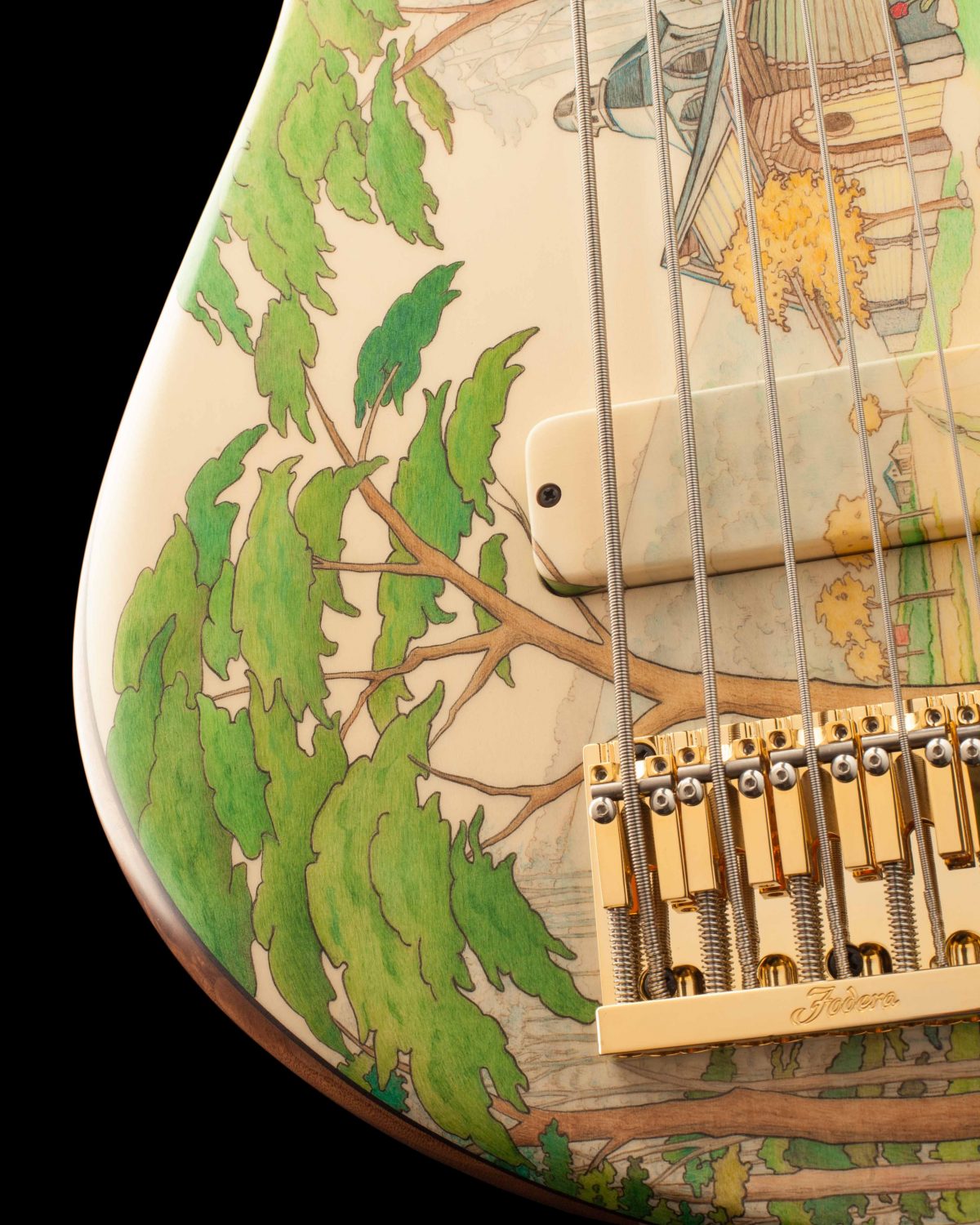 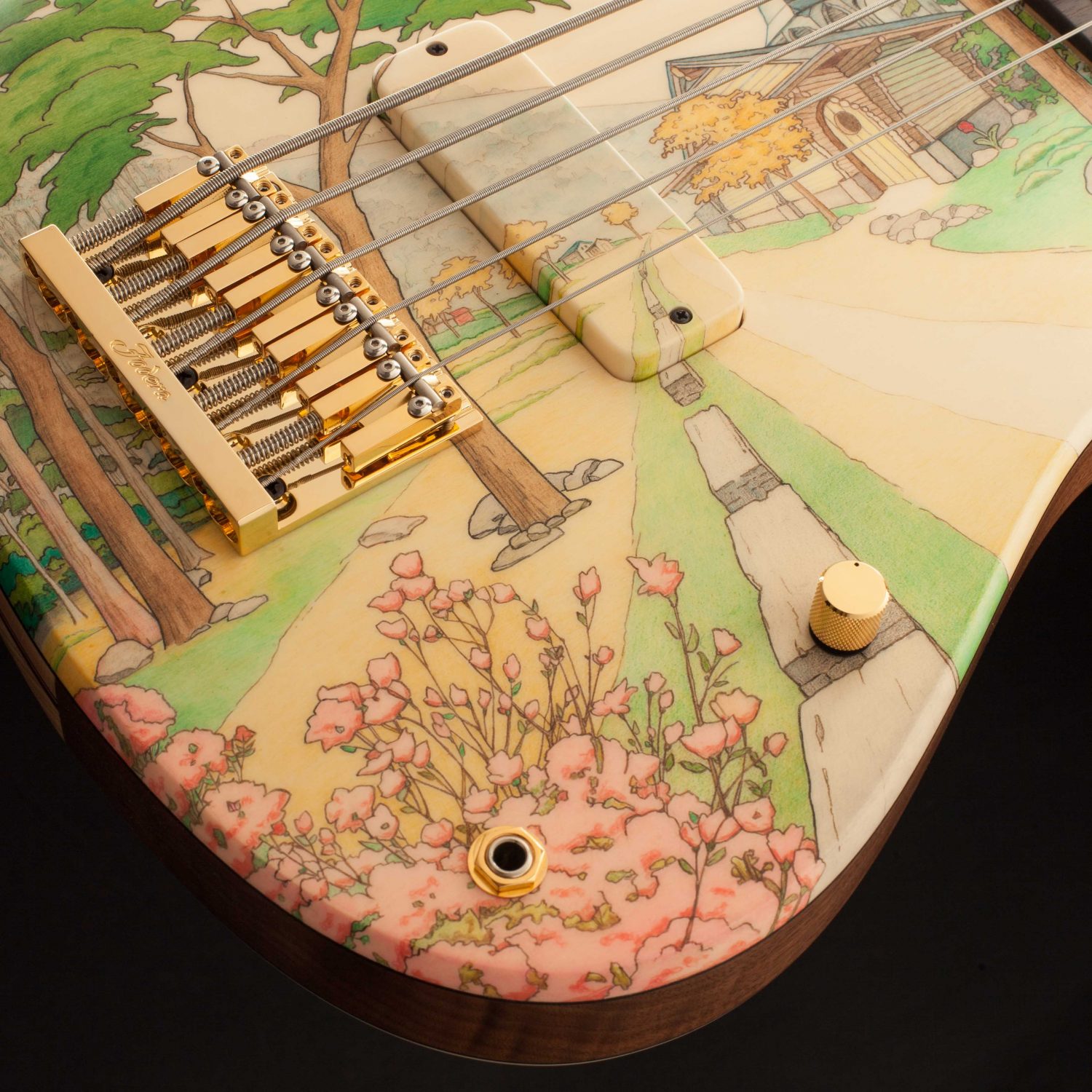 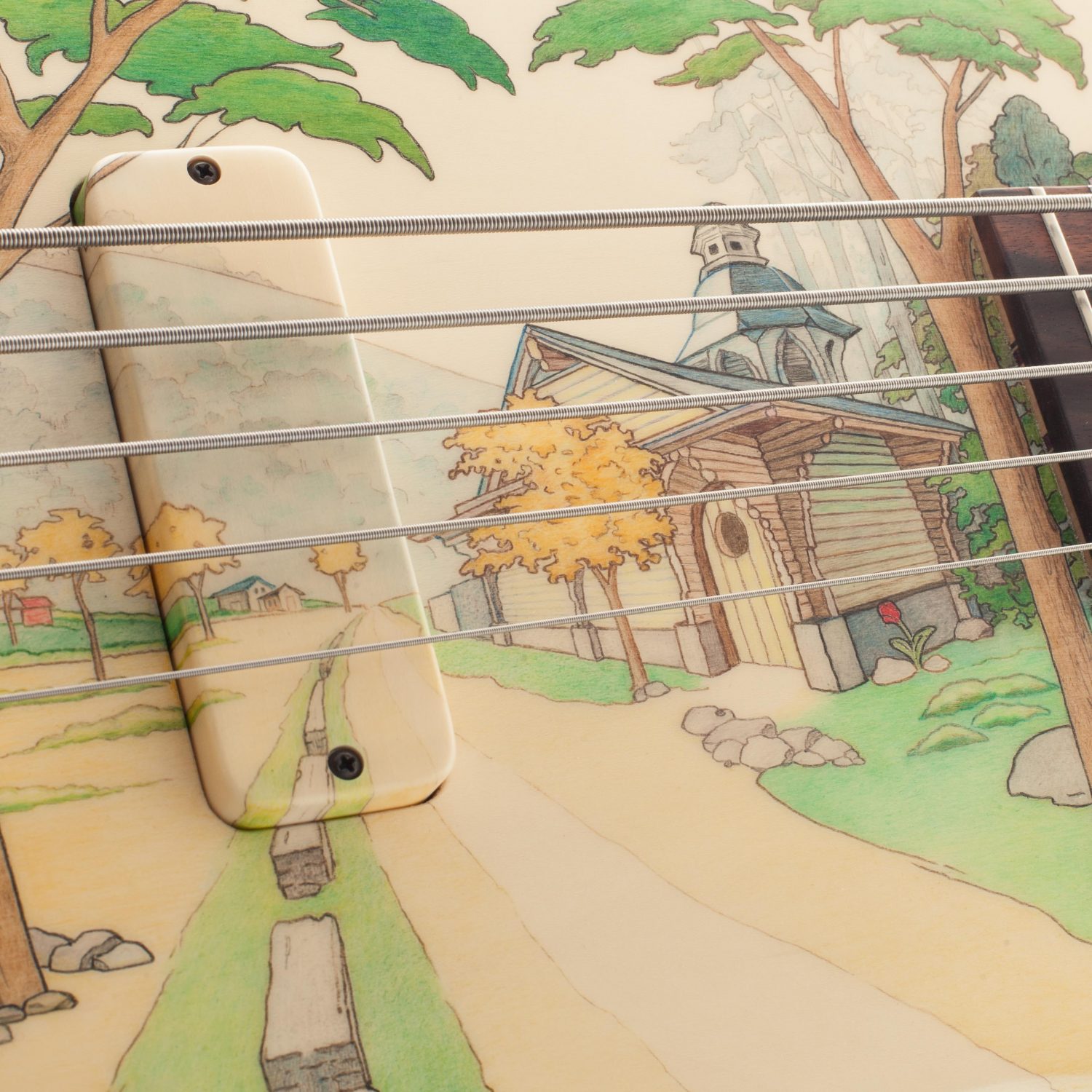 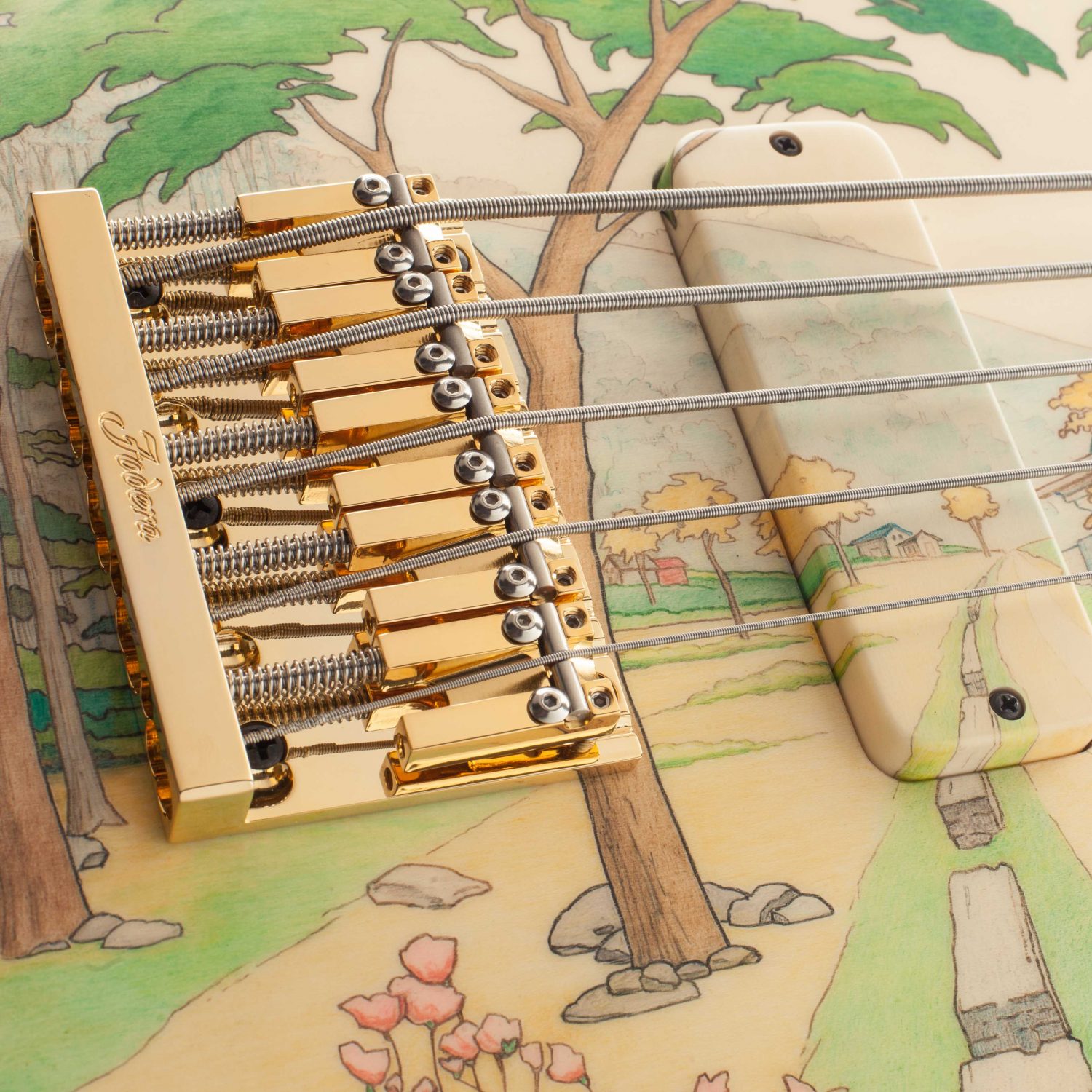 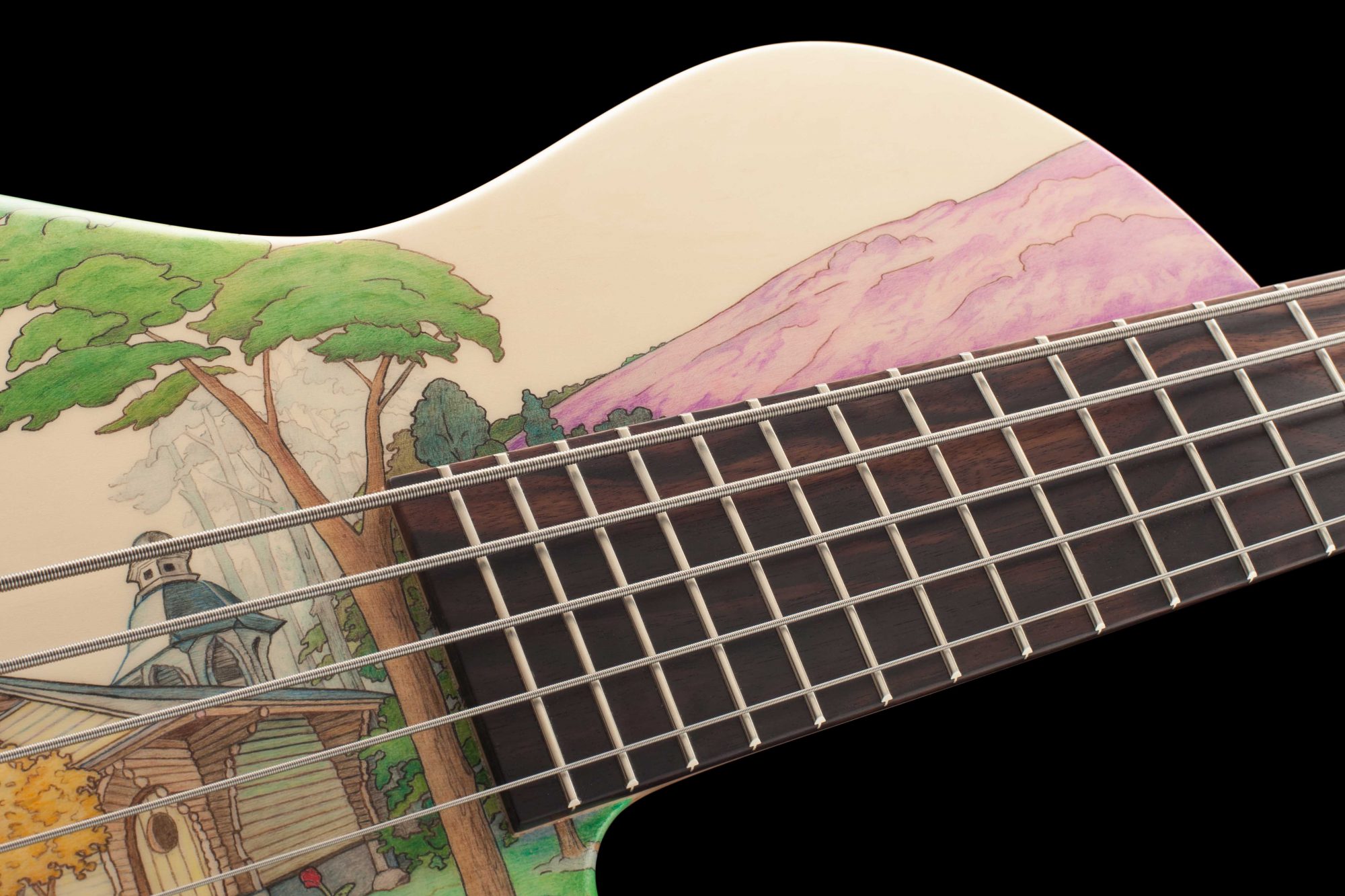 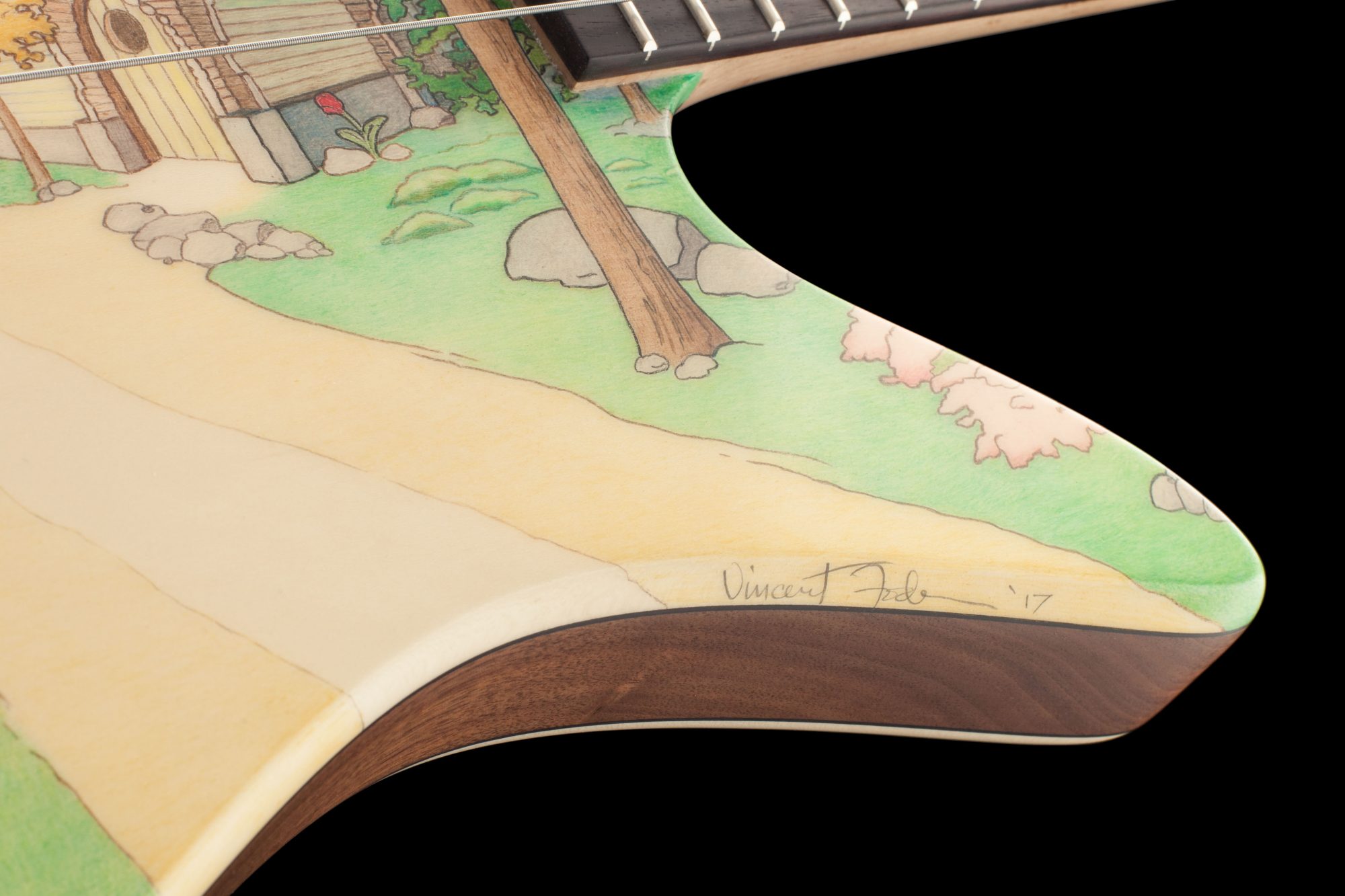 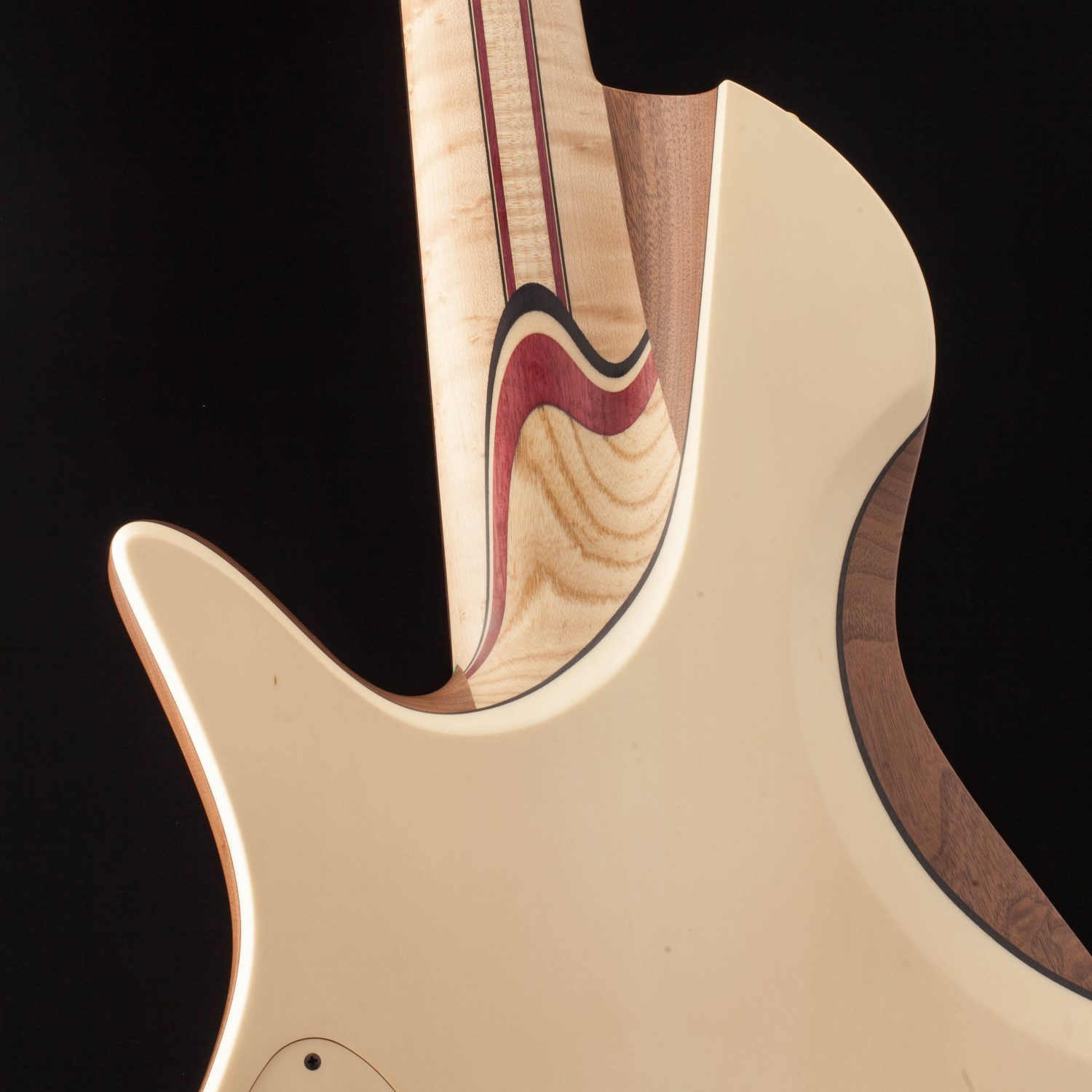 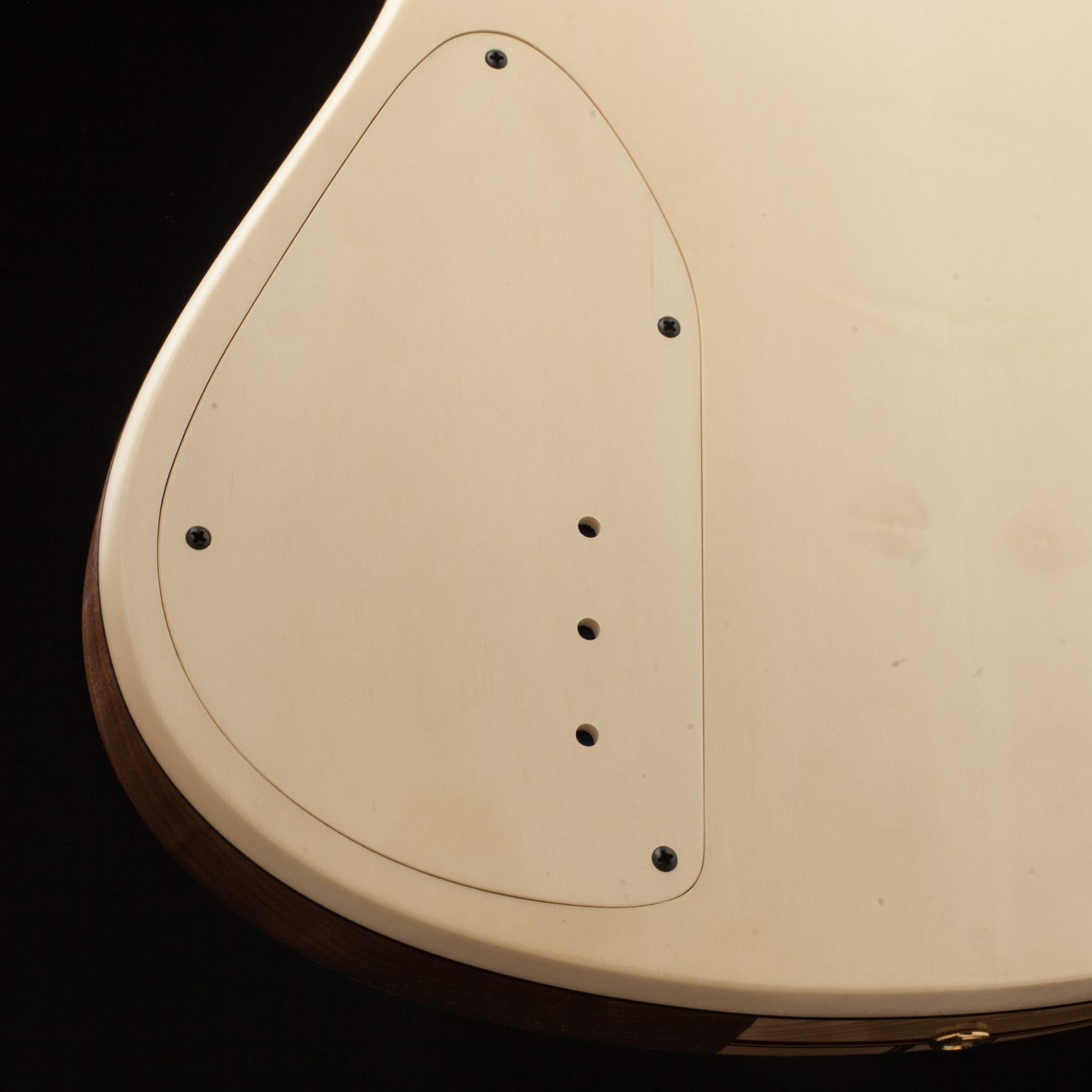