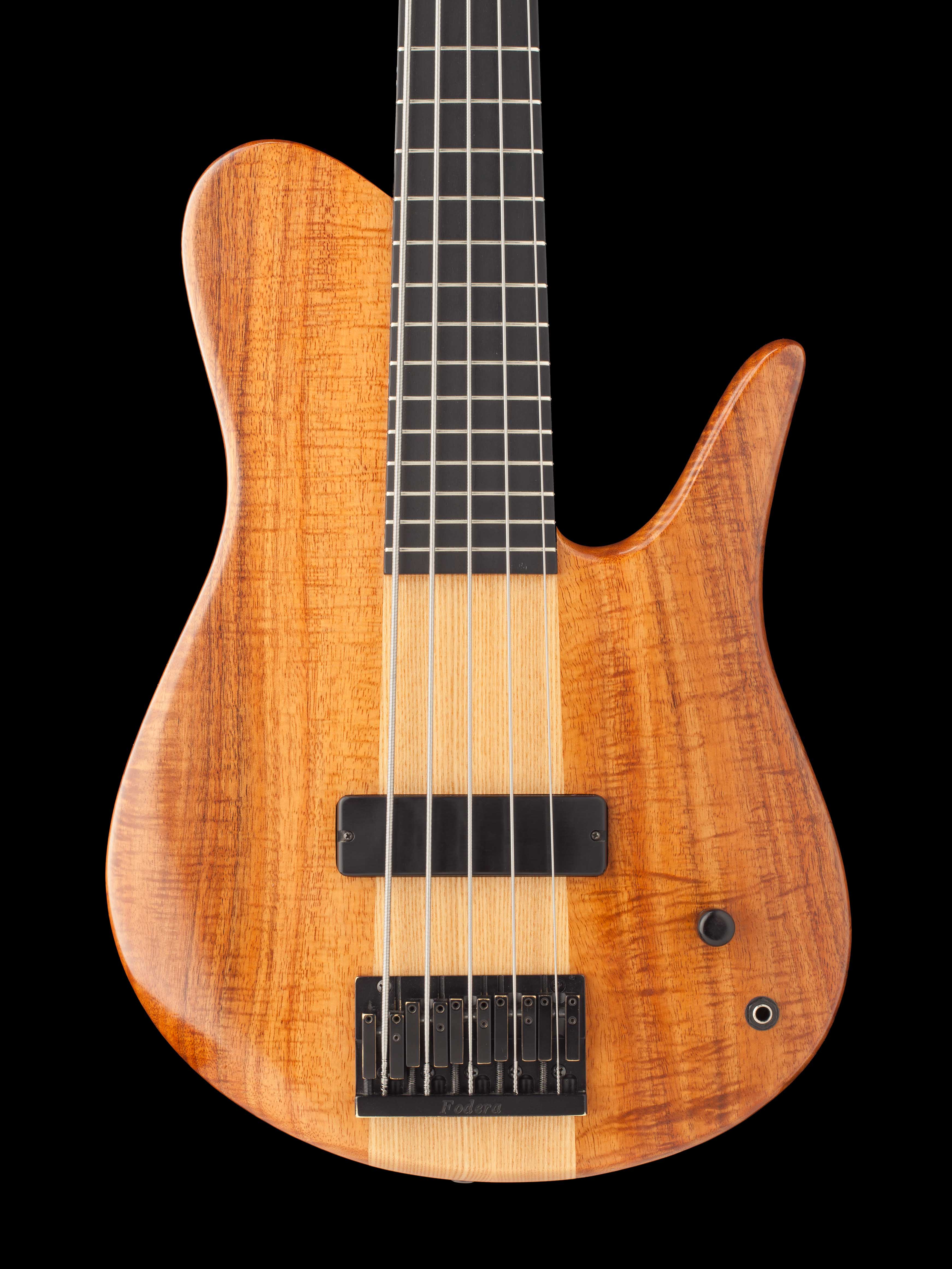 He is a published composer in his own right and his compositions can be heard on recordings by Dave Valentin, Ryo Kawasaki, and most recently on the CD “Night and Day”, a collaboration with drummer Kim Plainfield released in 2002.

In addition, he is an acclaimed music educator and a member of the faculty at the Bass Collective in New York City, he is a contributing author for the book Bass Lessons with the Greats (Warner Bros.) and co-author of the book and video Funkifying the Clave: Afro-Cuban grooves for bass and drums (Warner Bros.)

The Lincoln Goines Signature Imperial features a 33″ scale 3-pc. Ash neck, Ebony fingerboard, and a solid Flame Koa body.  Electronics include a single Fodera / Seymour Duncan humbucking pickup and a proprietary Fodera / Pope pre-amp which contains bass, mid and treble cut and boost mini-pots that are accessed by removing the backplate. The only visible control is a volume/push-pull pot which acts as an active passive control.