The journey from concept to the Emperor II Hybrid has been long and complex, but we are exceptionally excited to be offering (for the first time), our patented Hybrid design in a more affordable package that delivers a truly unique combination of tone and playability in the electric bass space. Based on an initial concept in 2005 prompted by our dear friend Matt Garrison’s desire to get a bit more of an “acoustic tone” for a project he was working on, we delivered our first “Hybrid” to Matt in the Summer of 2007. We called this instrument a “Hybrid” because it was built using a unique combination of techniques taken both acoustic and solid-body stringed-instrument worlds.

By combining these build techniques, we developed a construction that allows for a patented heel-less acoustic design. We worked on refining and documenting the design from 2009 through late-2010 and filed a Patent application in November of 2010. Beginning in the early Summer of 2011 through the late-Spring of 2012 we built our second prototype Hybrid and delivered this to another dear friend and customer, Wayne Pryor. We were awarded a patent for our design in June of 2012.

During this time, we had been in constant contact with another friend and Fodera Artist, Anthony Jackson, who was looking to move in a similar tonal direction that seemed a perfect match for our Hybrid design. Ultimately, refinements to the second Hybrid prototype made in close consultation with Anthony yielded the Presentation II which was completed in September of 2013. The hundreds of hours of collaboration paid off in that Anthony has used his Presentation II ever since — “retiring” the tenth Presentation (“#10,” as he affectionately called it) after over 17 years of that being the only instrument that he played.

And yet there was a problem. The complex internal structures, delicate hand-carved top and titanium parts made for a very, very labor-intensive and expensive build. The fact that the Presentation II was also developed as a 36-inch scale instrument also limited its appeal. Although it is exceptionally easy to play (given its size), very few in the bass playing community are willing to compromise ergonomic considerations in the ultimate search for tone. So, unless tone is the absolute be-all, end-all goal, a 4-inch thick, 36-inch scale, 6-string instrument that cost over thirty thousand dollars would, by necessity, remain the instrument of virtuosos.

Just as in all human endeavors, very often there exists the “law of diminishing returns” and while all of us here at Fodera continue to be driven by the desire to set those considerations aside and push ourselves as far as humanly possible in the search for tone and playability, we also recognize that getting that last 5% or so of performance out of an instrument can cost a disproportionate amount of the overall expense of building something. So, beginning back in early 2014 we began experimenting with how to get as much of the Hybrid’s tone into an instrument at a more affordable price. The result of this quest is the Emperor II Hybrid — the first example of which was completed in early October (2015).

Based on our flagship instrument, the Presentation II, the Emperor II Hybrid, shares the complex internal structure, and many other vitally important design nuances that make them truly unique and sonically stunning instruments. The Emperor II Hybrid, however, features a reduced body size and scale length that not only makes the instrument more player-friendly but also enables it to be comfortably played on a strap. Tonally, it is frankly impossible to adequately describe exactly how a Hybrid sounds. It is expansive with rich sustain, depth, nuance, and is incredibly even throughout its entire range. Deep, thundering lows give way to clear, rich mids, and bright, articulate highs with a piano-like quality. In addition, this model features our Fodera / Pope Custom Shop 3-Band Preamp for added tonal flexibility paired with one Fodera / Duncan Dual Coil Pickup. We are thrilled with the way the instrument sounds and plays! Please contact info@fodera.com for more details.

We are thrilled with the way the instrument sounds and plays and will be offering this design with the following specifications: 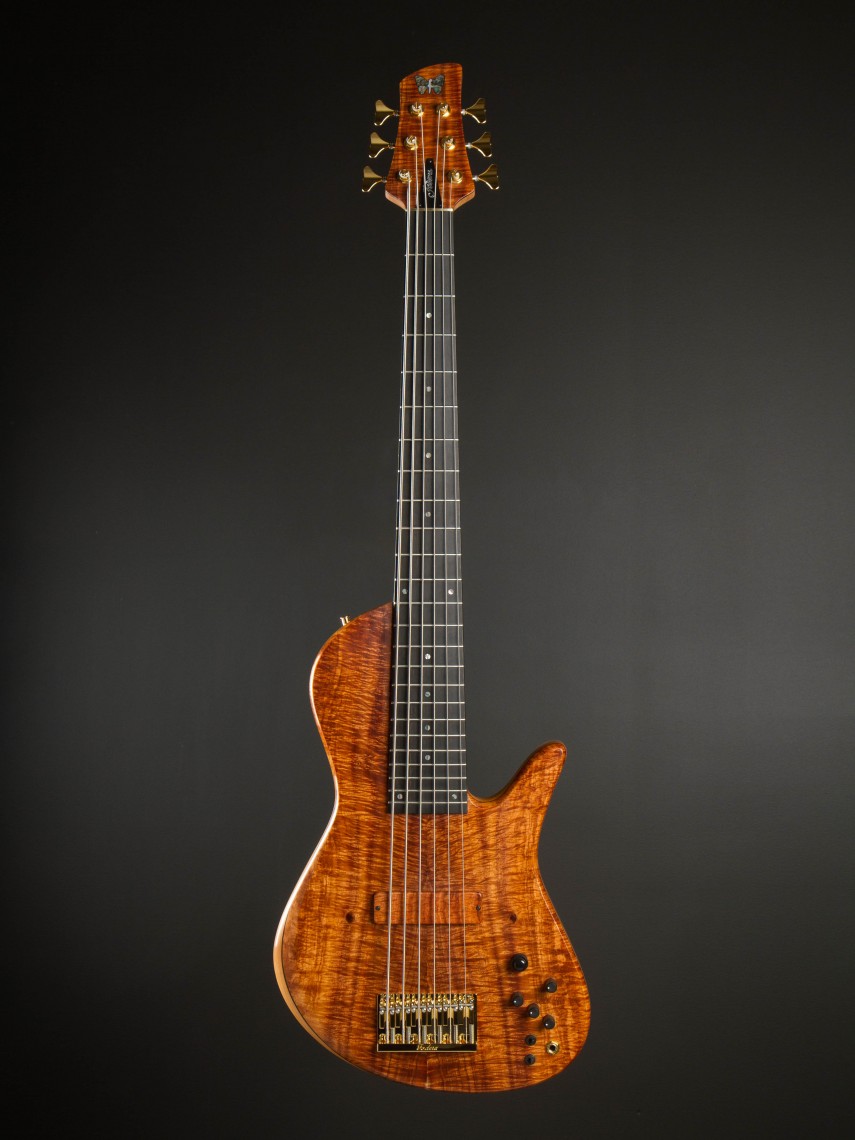 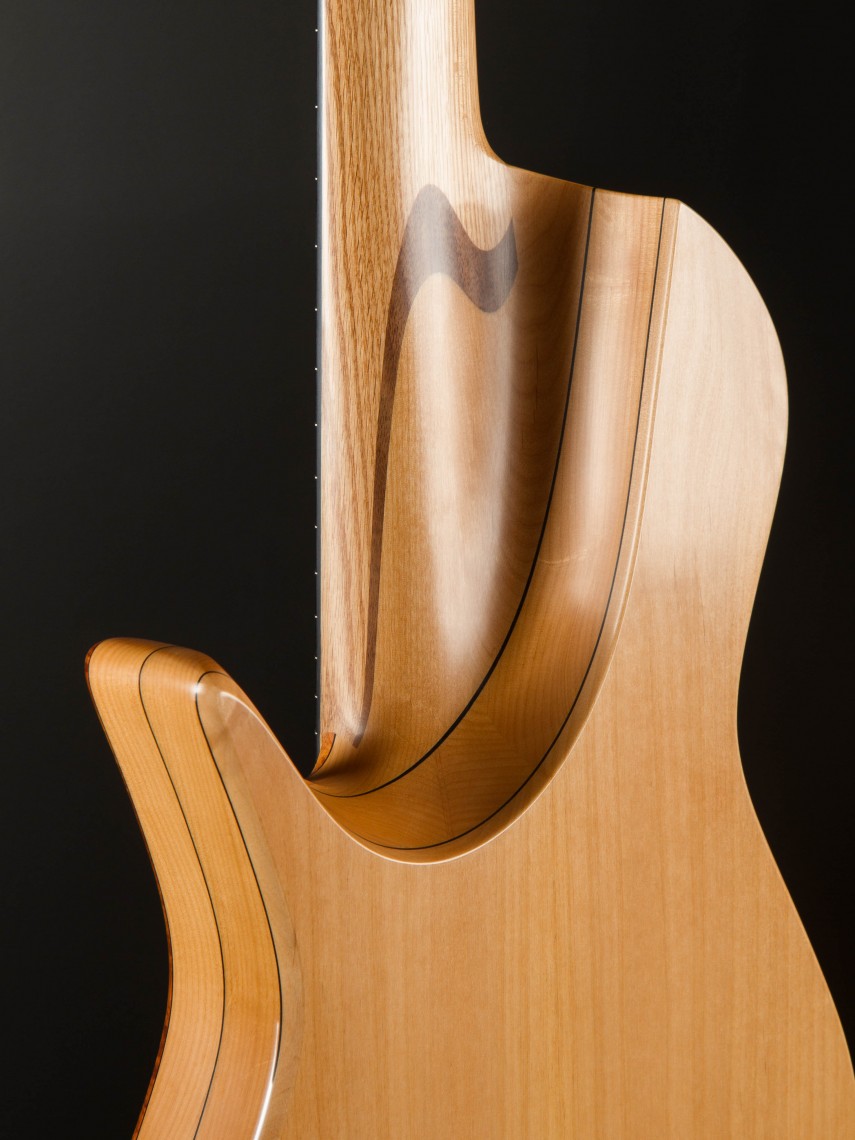 Born in Newcastle England in 1975, Tony Grey has one of the most singular and dynamic voices on the bass guitar today. Having played bass with an incredibly varied and talented group of people including the pop group Bliss, John Mclaughlin, Herbie Hancock, Wayne Shorter, Mike Stern, Wayne Krantz and Hiromi (to name just a few), Tony is also a talented composer and multi-instrumentalist that has recorded three solo albums since 2004. We have had the great pleasure of working with Tony since 2003 and although he is predominantly known for his work on our six string instruments, as part of his incredible series of instructional books and videos entitled the Tony Grey Bass Academy he decided that the iteration of his signature Fodera would be a four-string. He loved this Spec so much that he commissioned us to build a six-string version of it to become his “official” Tony Grey Signature Model.

With its 33″ scale and 17.5mm bridge spacing, the Tony Grey Signature Monarch is our most compact regularly built six-string instrument. The body, made of Walnut, is capped with a solid Birdseye Maple top, three-piece Hard Rock Maple neck, a Flame Maple Tone Block and a Macassar Ebony fingerboard to generate the warm yet clean, bright tone that helps Tony to define his signature sound. A pair of Fodera / Seymour Duncan Dual Coil Pickups and a ramp complete the model that proudly bears his name. 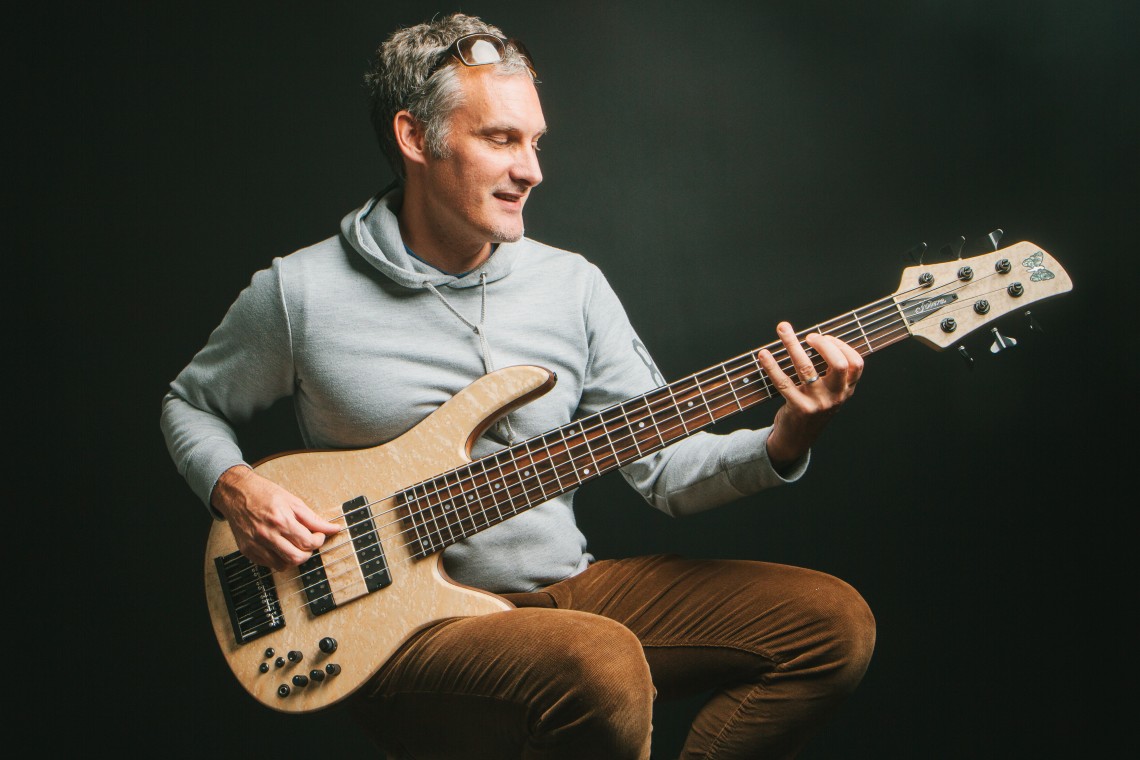