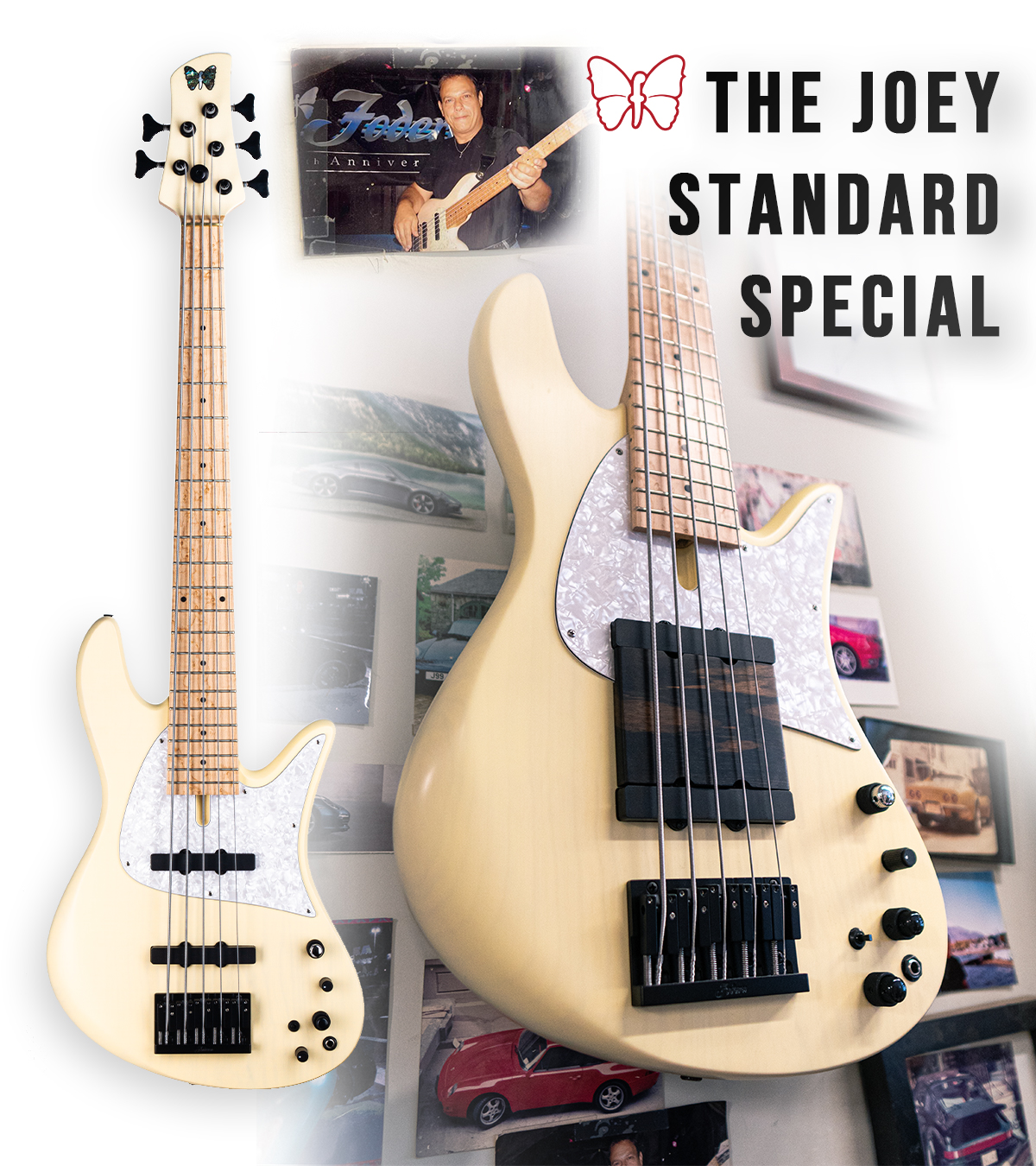 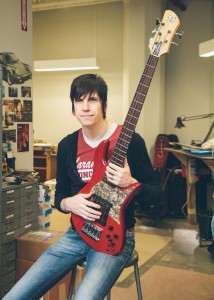 1) Tell us a little bit about how you came to know the Fodera brand and about your first Fodera bass guitar.

Lincoln Goines first introduced me to Fodera. I was studying with him at the time and absolutely loved his bass. He was actually the one who convinced me to move to NYC. He even helped me get an apartment nearby and introduced me to everyone in the scene. I’ll always have him to thank for that. It changed my life.

My first Fodera was a custom Anthony Jackson 6-string built on a heart melting slab of walnut. Anthony actually had this bass while the guys were working on another one for him. I swear the fact that he spent time playing this thing made it better in a way I just can’t describe. It was magical, like finding Mile Davis’ Martin Committee in your cousin’s attic.

Around 2001 I joined a band on Atlantic Records, and that became my only gig. The AJ bass was absolutely brilliant, but didn’t make much sense in that setting. So I sat down with Vinny and Joey and we put together my blue bass, an Emperor customized to give me the best parts of an early 70s Jazz bass, only a million times better. I played a lot of fretless with that band, too, so a little while later the red bass was born. I wanted a carbon copy of the first bass so it would feel very natural to switch between them. That’s exactly what I got.

2) Recently you brought in your fretless bass to be converted to a fretted. Why the change?

The need for fretless doesn’t come up that much for me these days, so the red bass was just sitting there. It’s a crime for an instrument that brilliant to just hang on the wall. Recently, I developed an obsession with flat-wounds. I was talking to Joey the other day, telling him about my not having played the fretless in ages, and also about this new obsession of mine; and the gigs I’ve been getting lately, to which flats are ideally suited. As I’m walking out, he says, “you know Kev, I bet that bass would sound amazing with frets and flats.” Then I went on the road for a few months and thought about little else. When I got back I scheduled the surgery: jumbo frets and LaBella flats. I’ve been playing the red bass constantly since the day they gave it back to me.

3) Tell us about some of the specs of the bass, why you chose them for your playing style, and why the switch to flat-wounds?

The heart of both basses is an ash body and maple neck. I love the combination of resonance and thump. I followed Vinny around his wood stockpile as he tapped on various decades-old pieces, telling me what they’d sound like once he turned one into an actual bass. We talked about sound for a long time, and he picked out the perfect pieces.

The pickups are stacked J’s from the Seymour Duncan custom shop. They’ve got extra windings and come off as wonderfully brash by the bridge, and mysteriously growly by the neck. I play passive quite a lot, and it always amazes me how clearly and consistency the basses speak on their own, especially through the right amp (I play Epifani whenever possible).The preamp definitely comes in handy, though. I so rarely get to use my own amps. Sound guys—whether in small NYC clubs or big festivals—prefer if you plug in to whatever they have on stage. Sometimes it’s good, sometimes it’s awful. Years ago, when I first moved to New York, I used to make a little extra money helping Mike Pope build his preamps. I watched him go through the design process, and would also hear the feedback from the Fodera guys. I can’t describe how diligently they all worked to make the onboard preamp as special as it is now. And it saves my ass every time I end up on stage with someone’s beat up, falling to bits Ampeg SVT. Ugh.

The idea of the flats came from a record I did last year with a salsa band called La Mecanica Popular. The producer was looking for a retro sound, and asked me to play his early 60s P Bass on a couple of tracks. It had an old set of LaBella flats on it, and a big piece of foam under the bridge cover. Two notes and I was hooked. I now completely understand the charm of that vibe. But Fodera is part of my personality, so it doesn’t make much sense for me to drop ten grand on a vintage P Bass; it’s just not me. So, since the red bass was just hanging around, I figured it was time to give it a new life. Frets, flats, and dialing in more of the neck pickup—that’s the sound that producer was looking for. But my version of it, not someone else’s.

4) Any special moment over the last 10 years with your Fodera bass guitars?

Every moment they’re in my hands. These basses are a part of me, an extension of my hands and ears. They’ve been on hundreds of stages, from little hole-in-the-wall clubs, playing for two wasted barflies, to sports arenas opening for people like Alecia Keys and Midnight Oil. And they just keep getting better.

In the studio, producers love these things because I can dial in a wide range of tones while still sounding like me on the record. Most recently I’ve been in the studio with my own project, called DX7. Mastering engineer Scott Hull of Masterdisk (Sting, Jay-Z, Steely Dan) is producing our first record. The new and improved red bass showed up just in time. We started cutting bass last week, and it already sounds incredible. I’m excited to see it evolve as the record comes together.

5) What words of advice would you give to someone who is considering a custom bass guitar?

Don’t rush the process. I played a lot of basses in a million different situations before I was ready to tell Vinny and Joey what I really wanted. And that includes my first Fodera, which was someone else’s custom creation. When I was finally ready, I could hear what the bass sounded like before Vinny started carving the body.

Sometimes figuring out what you really, truly want is the hardest part. Once you know that, the rest is easy.