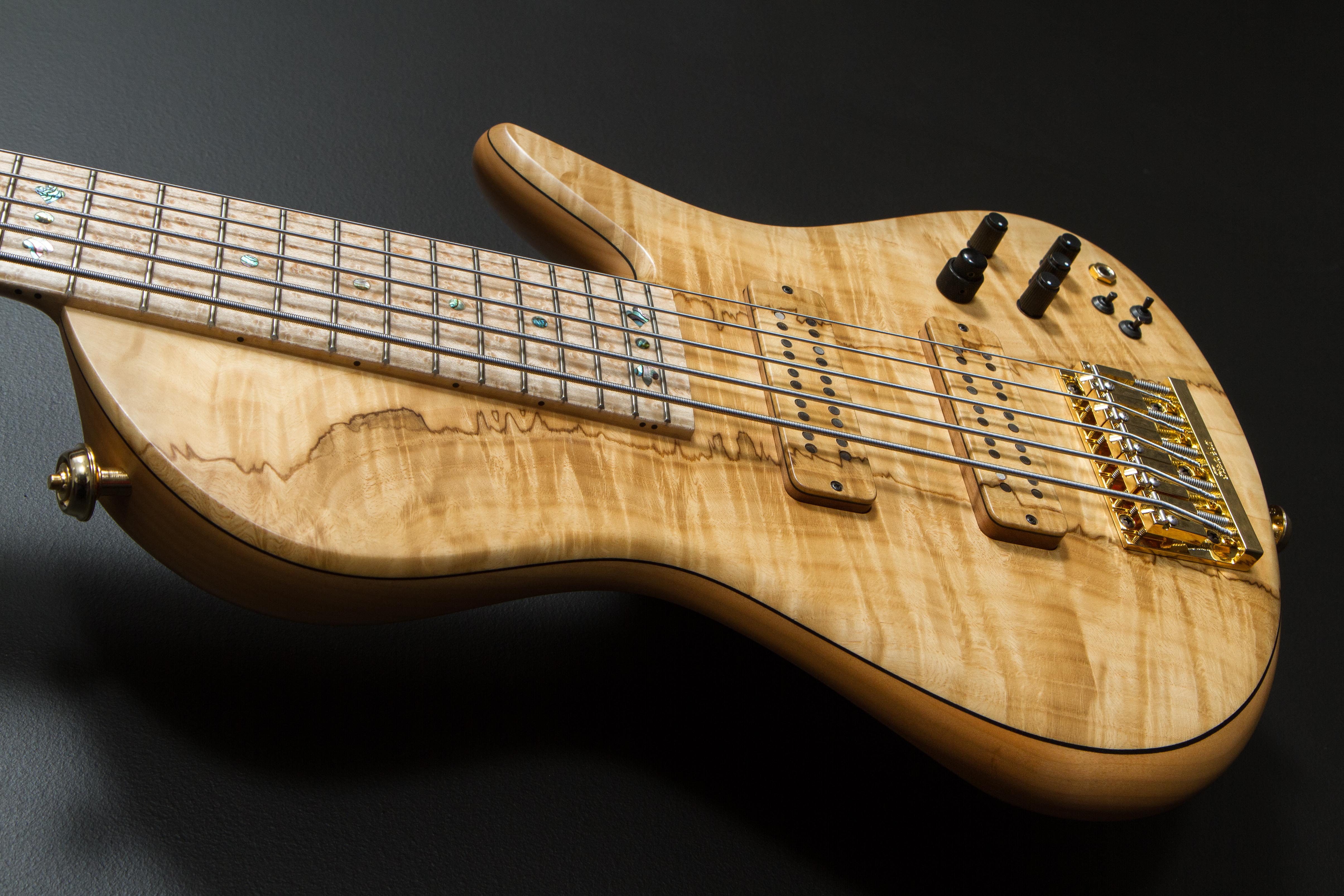 Deyer Oak.  Joey, Vinny and I (Jason) have lusted over this wood for years – ever since seeing a story right around the time that we first became partners about an incredibly old, highly figured tree that had been felled following a storm out in Oregon.  We saw some small blocks of it on the market over the years, but only recently were we offered a block that met our criteria in terms of moisture content (low!) and striking figure.  We purchased everything that we were offered and even still will only be able to build roughly twelve instruments with tops from this amazing tree.