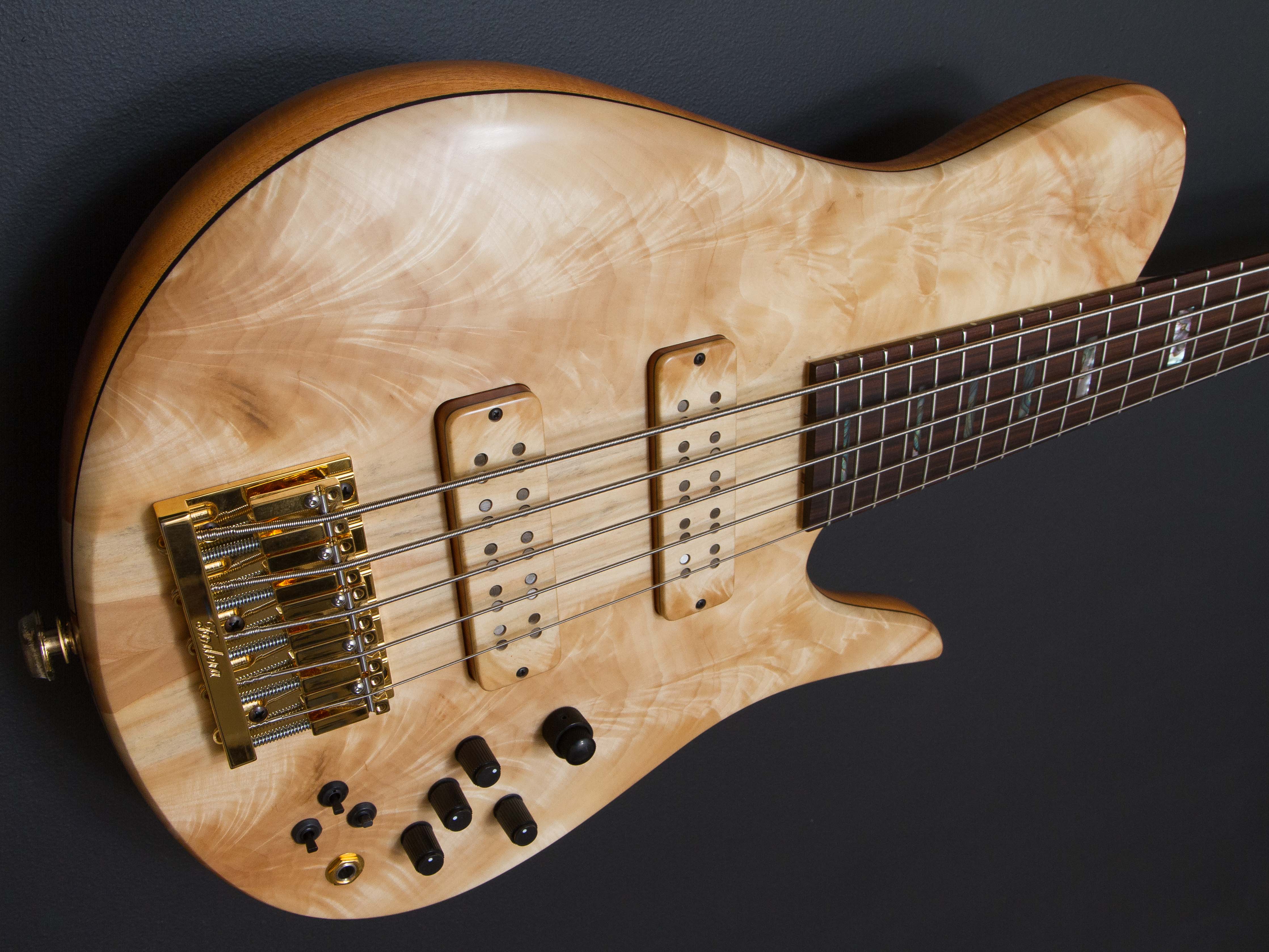 The second of our 2015 NAMM instruments to feature a Chestnut top!  In the case of this Imperial Elite the piece of Chestnut is the rarest of the rare and has a stunning crotch figure.  Those of you that follow us know that every Fodera that has been built with a Chestnut top are relatives in that 100% of our Chestnut came from the same tree.  Of the roughly 400 Foderas built with Chestnut tops over the past 22 years (the first was finished in January of 1993), our recollection (and records) are that only three have had crotch figure – this being the third.

Add to this a Flamed Mahogany body, Abalone block inlays in an exceptionally dark, old-growth Pau Ferro Fingerboard that was hand selected for its exceptional tone and you have an instrument that is visually stunning but more importantly, plays and sounds rich, deep and resonant across the entire tonal spectrum.  Of course, you’ll have a great deal of flexibility in shaping that tone with both Fodera / Duncan Dual Coils and our 3-band Fodera / Pope Custom Shop Preamp onboard as well.